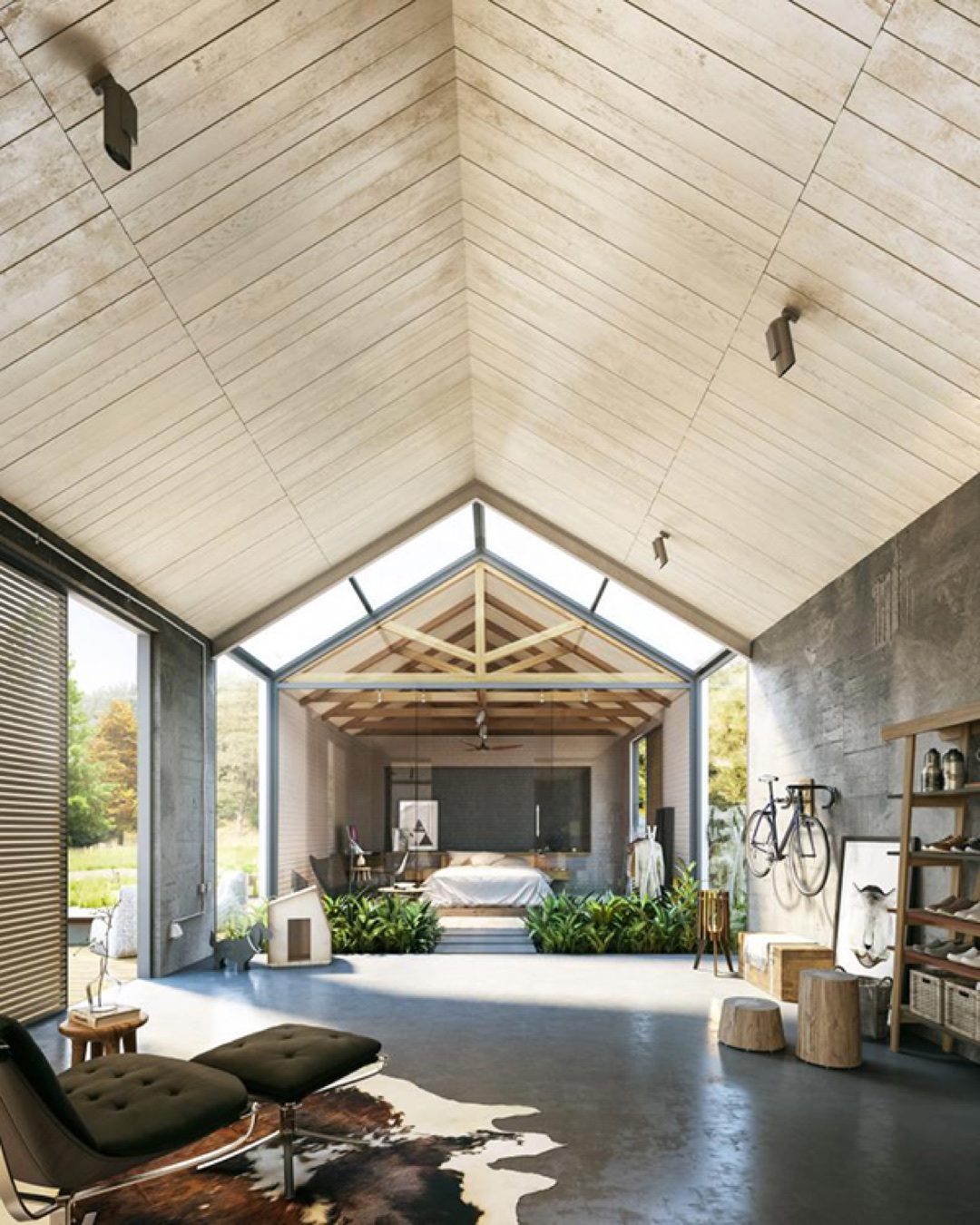 More of us are living in smaller apartments, and the majority of these smaller spaces are open plan. This is happening right across the housing market, from new builds that appeal to first time buyers to city pads that appeal to those who have country homes.

The beauty about open plan living is that it’s a more relaxed way of being in a space. The formality of the traditional Victorian and Georgian layout just doesn’t work for our modern lifestyle.

The difficult part is making it work for you. Again, it’s all about the planning, and yes, I know I bang on about planning and planning and planning, but it’s really key for open plan living. Look at the header image (above), it’s 1 space, but contains living, sleeping and the kitchen is behind the photographer. So the whole home is in 1 room. While they do have the luxury of it being a large space, it’s still just 1 space. It’s clever how the beams have been used over the bedroom area to reduce the ceiling level and create a more intimate space. While over the living area, there aren’t any beams, giving it a lofty open feeling. Both very clever uses of design. 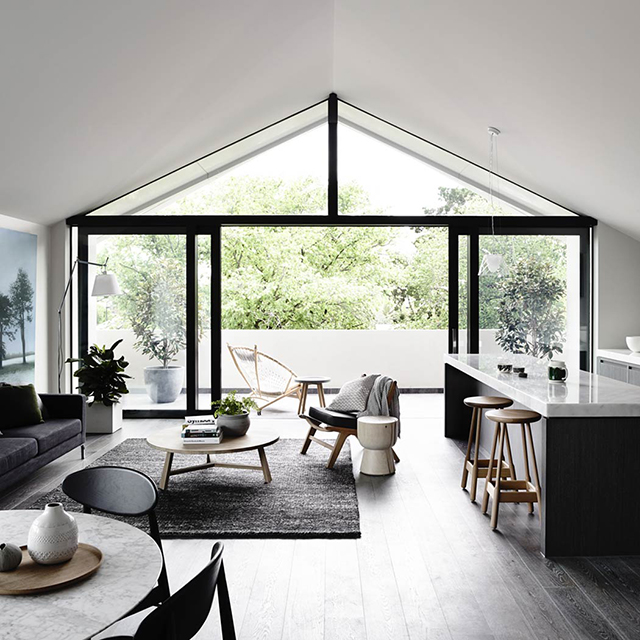 Most homes and apartments resemble the space in the image above. Kitchen, dining and living room in one open plan space, sometimes with a balcony or patio. Lighting is crucial in these smaller spaces, you are asking a space to be versatile and provide a solution for eating, entertaining, relaxing and preparing meals, so there is going to be a lot of furniture or equipment in this open plan space. By maximising the amount of light that comes into the space will help to counterbalance the ‘busyness’ of the space. Large sliding doors aren’t always pretty, but they do let in a lot of light.

If you don’t have the option of installing large glass doors, then think about your window treatments, and use light/sheer treatments that let in the light, even when closed. Heavy dark curtains will close the space up.

You want the people in the space to be able to see freely out the windows to the view beyond the room, this also helps to make us feel that there is more space than there really is. 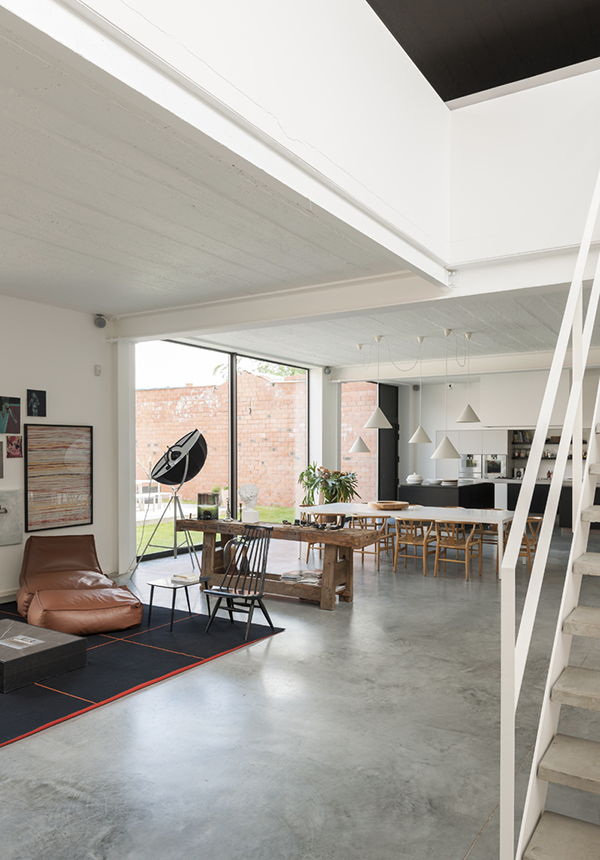 As I mentioned in the intro, planning is the key to a successful open plan space. You might want to create a physical or a visual zone. By physical I mean something defined and in the way, eg: the table in the image above clearly separates the dining and living area. By visual I mean something a little less in your way, eg, the bold black and red rug on the floor clearly defines the living space.

There are lot of tips that designers use, these are just a few, but by studying images like this you can start to recognise how designers zone different areas in different ways. Screens are a great way to divide up spaces and they are portable too, so your space can constantly change depending on how much or how little privacy you need. 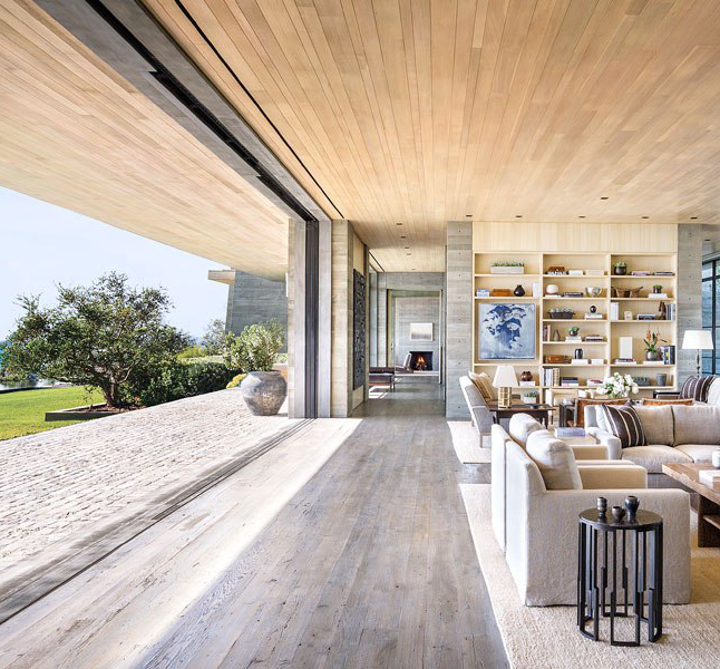 Of course open plan living doesn’t always need to refer to indoors only, in sunnier climes, open plan living often means opening up the indoors to the outdoors. Using similar materials to help extend the interior space outdoors, just like they have done in the image above, the material on the ceiling has been continued through to the ceiling outside making the space naturally flow. It’s easier to do this with a ceiling instead of flooring as the demand on outdoor flooring is greater than indoor. But there are creative ways to continue your flooring outdoors. 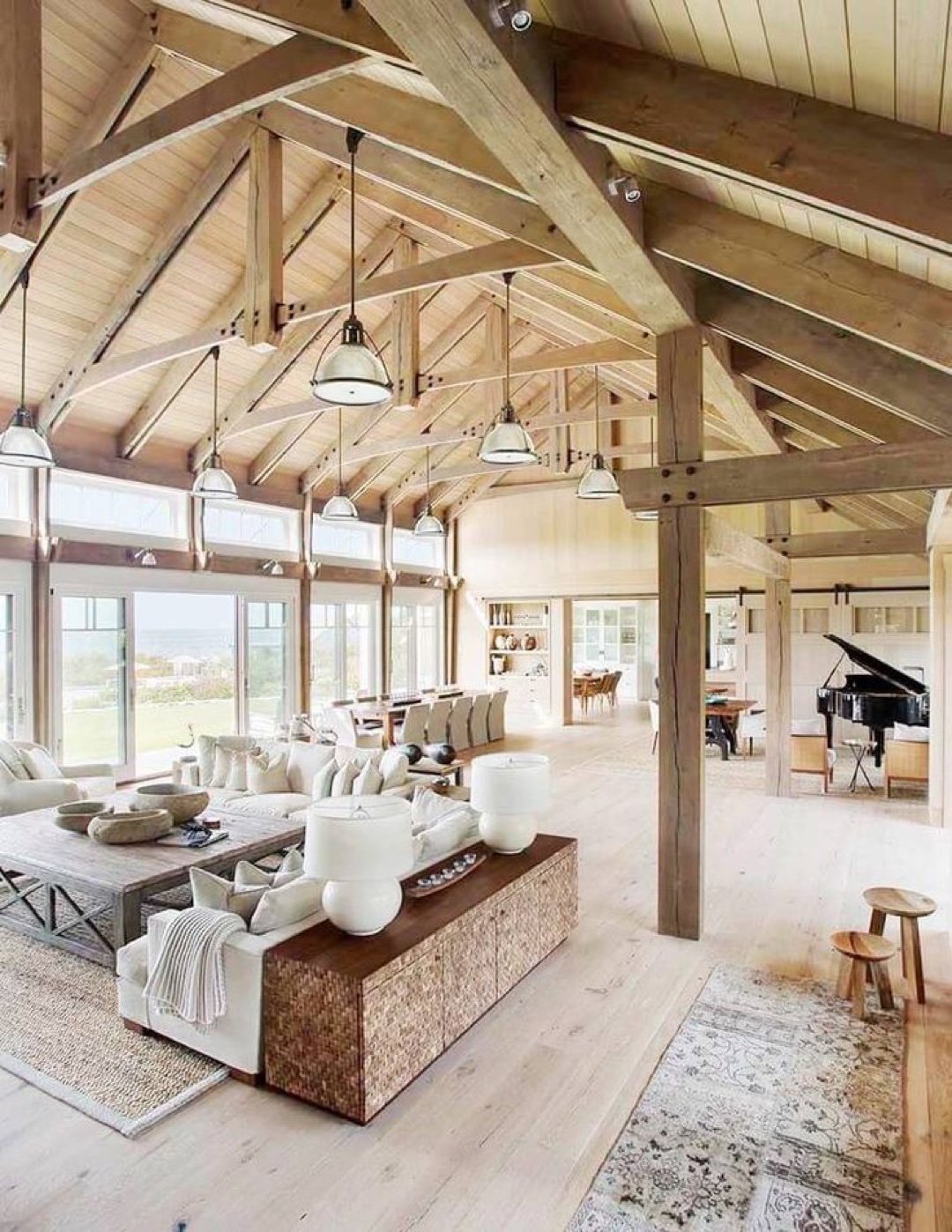 When I saw this image, I thought it was a very clever idea to use the vertical beams to assist in defining and zoning the space. In this case it clearly marks the entrance, but this same idea could be used throughout the space too.

Let me know your open plan living tips, I’d love to hear how you define and zone your space. 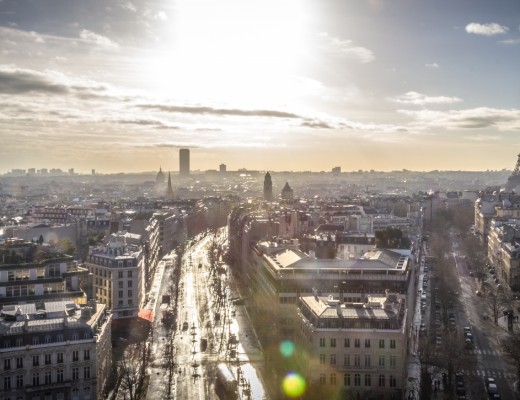 Come and meet me at Maison Objet Paris 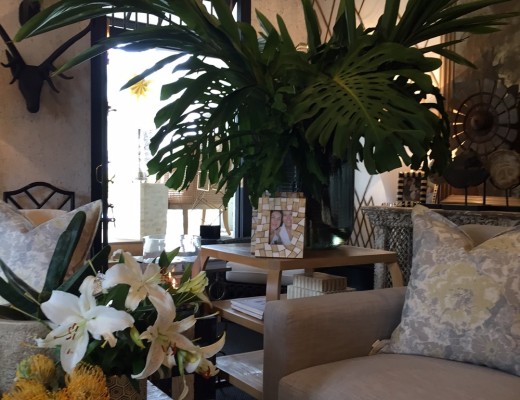 How to create drama in your interiors using texture, shapes and shadows 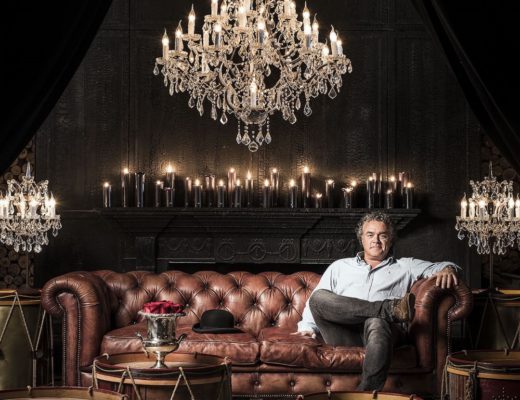 Meet the iconic Timothy Oulton, and a giveaway!